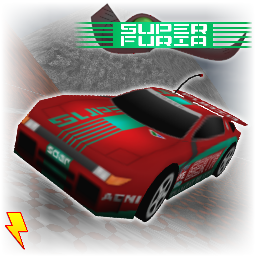 the resounding rage from within the pillar of wrath

as a sliding machine, Super Fury induces slides at regular intervals, even during normal cornering.
its slide handling is a double-edged quirk,
acting as an advantage with its momentum-based manueverability,
yet acts as a disadvantage by its difficulty to consistently control slides.
these slides are complemented by the car's high top speed, extreme downforce and heavy mass.

with its combination of furious aesthetic and daring slides,
Super Furia gives its drivers an experience of thrill and excellence.