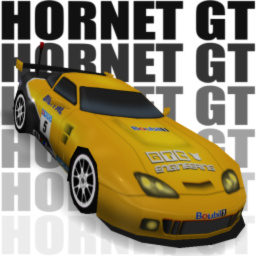 It's me again, with another car, this time inspired in a Chevrolet Corvette C6-R GT1 2010.

There isn't a lot to say about this car (besides the front looking like a fish). Can work as an all rounder in general. I made this in a fast pace so if the parameters have something wrong or the model itself, you can send me a message on Discord.

Based on Hornet GT