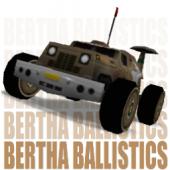 Bertha Ballistics is one of many available standard cars in Re-Volt.

Bertha Ballistics is an Electric-operated vehicle with a 4WD drivetrain, classified under the Advanced rating.

The vehicle's biggest advantage is easily its weight stat. Weighing at a massive 3 kilograms, Bertha Ballistics is one of the heaviest cars in its rating, outweighing plenty of its competitors, only falling behind the larger BossVolt who is half a kilogram heavier. Its outstanding load makes Bertha Ballistics capable of taking impacts of many Pickups, showing amazing resistance to even the strongest, hard-hitting items, such as the Clone Pick Up. As such, the car is relatively impervious to contact, driving through such carnage with ease. Its weight is also supplemented by the vehicle's excellent stability. Equipped with a very soft suspension, landing from high heights proves to be of little trouble for Bertha Ballistics, along with navigating over uneven terrain superbly.

In addition to its spectacular weight, Bertha Ballistics also boasts remarkable maneuverability, a rare characteristic not seen in many heavyweight cars. Its top speed is very appreciated in its rating, topping in at a well-rounded 35 mph (56 kph), traveling along straightaways at an efficient rate. Its acceleration is also strong, reaching its top speed by 2.21 m/s², showing no major issues when climbing inclines, which the car does exceptionally well thanks to its 4WD archetype. Its acceleration also conveys its use in recovery, helping it get back to speed should the vehicle lose control or if the player makes a mistake.

However, its handling characteristics prove to be a burden for the heavy, yet swift vehicle. Bertha Ballistics possesses average cornering ability, having a turning radius that is wide, which proves to be a barrier at times. The mediocre steering impacts on its maneuverability, especially during corners. It is also susceptible to grip problems, with all four of its tires skidding when the car performs a sharp turn at a high speed.

Regardless, Bertha Ballistics shows significant prowess in races thanks to its synergy of strong top speed, acceleration, and weight stats at the same time, which very few cars possess. Its flaws are minimal, and are not enough to overshadow its strengths. Overall, the vehicle stands out as being one of the best cars in its rating, with the AI placing well with it, and the car is also known for being a fair competitor in the Semi-Pro rating. 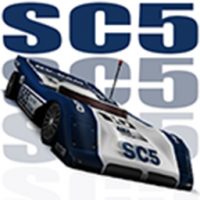 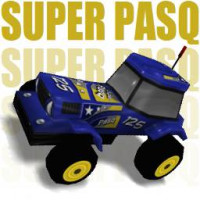 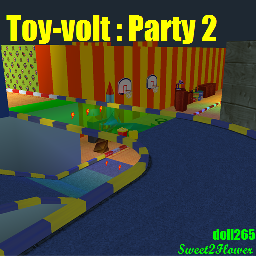 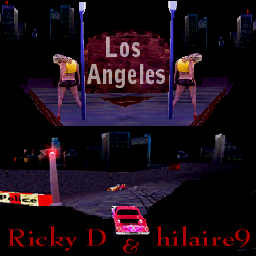