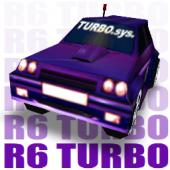 The R6 Turbo is one of many selectable standard cars available in Re-Volt. A car of the Advanced rating, R6 Turbo appears as a featherweight purple coated sports compact car.

The R6 Turbo is a Glow-fueled car, with a FWD drivetrain, classified under the Advanced rating.

The vehicle is best known for its swiftness, boasting high stats in both of top speed and acceleration. Clocking at a top speed at 36 mph (59 kph), R6 Turbo is extremely fast for its rating, being almost on-par with the Panga TC. Its amazing top speed allows it to excel on straightaways in open roads such as Toytanic 1 and 2.

As mentioned before, the R6 Turbo boasts an excellent acceleration stat, reaching a coverage of 2.46 m/s². This allows the vehicle to pull out ahead of starting grids, and enables it to do an excellent job when exiting corners. It also has no issues with small inclines, losing minimal speed on areas such as the escalator in Museum 2.

Handling-wise is also prodigious. Stocked with an FWD drivetrain, the R6 Turbo possesses exceptional grip, losing no control when turning, and being very steady in corners. The vehicle also has a decent turning radius, enabling it to pass by corners at an adequate speed, which is abnormal for an FWD car.

However as a trade-off, the R6 Turbo suffers from an atrocious weight stat. Weighing at only 800 grams, the vehicle is the lightest in the whole game. This, coupled with the vehicle's tiny body frame makes it excessively weak to Pickups. An impact from Fireworks, Water Balloons, or explosions from Clone Pick Ups and Bombs, are preposterous, with the car being launched meters away upon contact. The impact is enormous that controlling the car is almost impossible upon being hit. These effects overpower R6 Turbo's ability to recover effectively, which is disappointing considering the vehicle's high acceleration stat that it could use to recover.

Furthermore, the R6 Turbo's mass and small stature heavily impacts on its stability, unlike most lightweight cars such as the LA 54 or the Adeon. Equipped with a relatively stiff suspension shows no mercy for the vehicle at all, with the car likely to lose control upon landing impact such as the drop-offs in Toy World 1. Its small wheelbase makes climbing steep inclines dangerous despite having excellent acceleration, as the car is seen having a tendency to roll over when driving on uneven off-road terrain.

Overall, the R6 Turbo is a car notable for its maneuverability, excelling in all fields of speed, acceleration and handling, using its nimble characteristics to stand out from its competitors. However, it suffers from being the lightest car in the game, as well as having noticeable stability problems from the abysmal weight, attracting the need of caution when utilizing the car.

Based on R6 Turbo 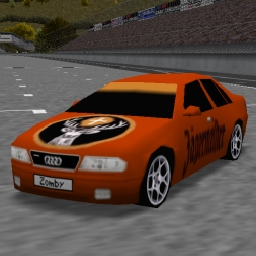 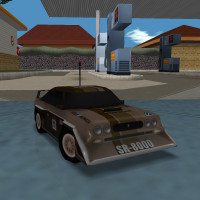 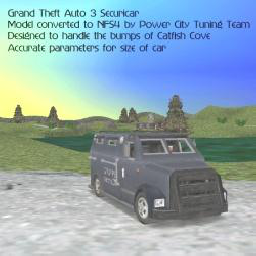 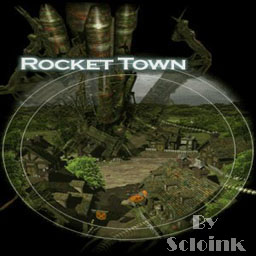