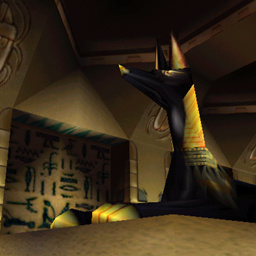 Museum 1 is a standard track created by Acclaim Studios London. It is the last track of the Hard difficulty as well as the last track in the Gold Cup Championship. The scenery in this track heavily features Egyptian exhibits, in contrast to the space exhibits in Museum 2.

As the last track of the Hard difficulty, Museum 1 is infamous for its plethora of hard-avoiding obstacles and its extreme use of tight and narrow turns. Due to this, it is considered to be one of the hardest tracks in the game, with its difficulty comparable to some of the tracks in the Extreme difficulty.

Racers start in the foyer of the museum, labelled with a queue gate. Ahead of them is a ramp that takes them upwards. A sharp 90 degree right turn occurs right at the peak of the ramp, followed by a soft right bend.

A tight left hairpin occurs, which leads to a steep downwards slope, with an imminent left turn at the end. The turn leads the racers to a dinosaur display room. As soon as the vehicles enter the room, they must make an immediate right turn indicated by the sign ahead of them and head towards a hallway, which starts with a strong left turn.

A long straightaway then ensues. At the middle of the straight is a dark passageway. The passage is an upward inclining ramp that seemingly takes the players to the next level of the museum, which is the Egyptian section. Here, the straight ends into a blind left corner through a very short tunnel which eventually leads the vehicles right onto a display of an ancient Egyptian scarab. Following the display, there are two opening hallways, in which racers must first take the right one. Vehicles can drop off the display to reach the entrance. Alternatively, they can bear right where there is a narrow tunnel that is normally used in Reverse mode. Both paths lead into the museum's main dinosaur exhibit, which consists of a Triceratops skeleton above a luxurious red carpet.

At the end of the exhibit is a hard narrow left turn that then leads to an empty room. Racers must reach the end of the room from the left side and do a 180 degree turn into the right side as denoted by the oncoming sign. There, vehicles must drive on the opposite direction and head back onto the fork intersection where they entered the hallway, and this time take the first path.

Following a sharp left on the first hallway leads into a room with a ramp taking them to another level. Once there racers can either take a left or right turn. The left path leads to a section with a multitude of tables in which the racers must go over. It also contains a narrow S-bend after the room with tables, culminating to a final left turn onto a narrow blue scaffold that lies just above the main floor of the museum. After a small jump from the ramp and a quick right turn, the racers are taken back to the starting line.

Taking the right path leads the vehicles onto a dark balcony that is located on top of the empty room. A 180 degree left turn occurs on the balcony, taking the racers to a highly secured room that contains many precious artifacts inside, an area that is often used in Reverse mode. There is a left turn at the end of the room. Taking this turn will lead back onto the main floor. After the same final right turn as the first path a few meters ahead, the lap is completed.

Unlike Museum 2, Museum 1 exaggerates closed narrow corners which makes the cars collide constantly, mainly at the first descent road (with Egyptian columns at sides) where the player needs to slow down to avoid crashing. Also, some meters after, the cars are thrown under a corridor wall due the jump beside it, which is by far one of the track's hardest obstacles, as there is also a luck factor inherent to this section.

The Triceratops' feet are an obstruction because they can act as an inconvenient bump on the road. Any vehicle that goes over it risks major derailment, wasting time. Avoiding this is difficult as the raised platform of the red carpet partially conceals the hazard, giving racers very little time to react.

The room with the two tables in particular also prove to be a major hazard as they are located near the final stages of the track. Players must take care not to collide with the legs of the table as they will scatter vehicles quite badly. The distance between the preceding corner and the room is very little, giving drivers almost no time to react.

The last jump through a narrow and exposed scaffold is also difficult, as it requires the player to angle their vehicle correctly before entering. Missing the final ramp could make or break the race.

Overall, the combination of Museum 1's complex and narrow layout and its near-unavoidable obstacles makes the track one of the most grueling and brutal in the game, demanding a great deal of memorisation from the player to succeed. Tasks such as beating the Challenge times in Time Trial are much more difficult as a result. 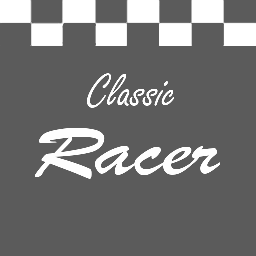 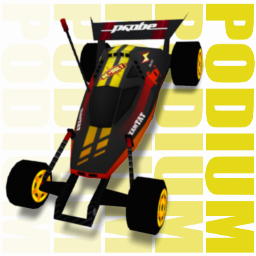 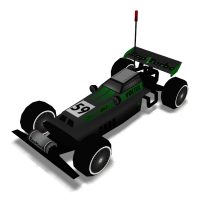 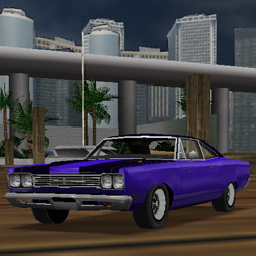