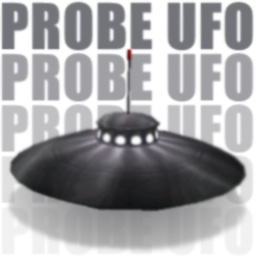 Probe UFO was the "mascot" of Probe Entertainment which was used during the introduction of their game Extreme-G 2, also planned to be used in Re-Volt's before the studio renaming.

Probe UFO is available as a playable vehicle in the PC and Dreamcast versions through CARNIVAL or URCO cheat codes. A special class car, Probe UFO emits a humming sound that is not shared with any other vehicle.

The intro sequence of Re-Volt 1.2 and RVGL features the UFO creating an Acclaim-styled rainbow-colored arc across a timber surface. The logo 'Probe' then falls down on the surface in the center of the created arc, slightly knocking away the UFO upon impact. Afterwards, two vehicles, RC Bandit and Evil Weasel, race across the surface pushing the UFO out of the visual field of the screen.

As a playable vehicle, Probe UFO's mobility is extravagant. It has a top speed of 42 mph (68 kph), running faster than Purp XL but falling slightly behind Cougar. Its main selling point though, is its insane acceleration stat. Clocking at a jaw-dropping 5.22 m/s², Probe UFO is the fastest accelerating vehicle in the game, surpassing the normally obtainable SNW 35 by a significant margin.

The vehicle is also known for its unique ability to glide, as its altitude decreases at a slower rate than all other cars. This would make the vehicle useful in the Stunt Arena.

While its grip and handling are acceptable, they do have difficulties complying with the vehicle's high speed and acceleration. Its gliding ability is also a double-edged sword, as even the smallest inclines will send the vehicle flying, requiring the user to slow down before undertaking such sections.

Overall, Probe UFO is a special vehicle known for its one-of-a-kind stats, making the vehicle quite fun to use in many situations.

Based on Probe UFO 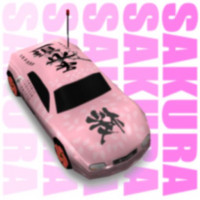 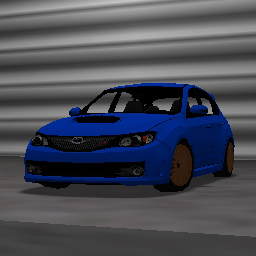 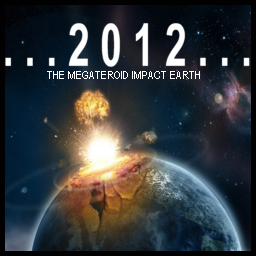 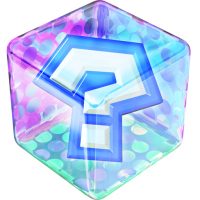