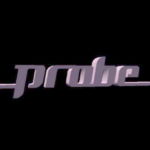 This user has not added any information to their profile yet.

Learn more about the Kudos system!

Probe Entertainment, formerly Probe Software was a video game developer from Cheltenham, England founded in 1984. They were later owned by Acclaim Entertainment becoming iguana London for a short time, Acclaim Studios London during 1999-2000 and finally Acclaim Cheltenham until 2004.