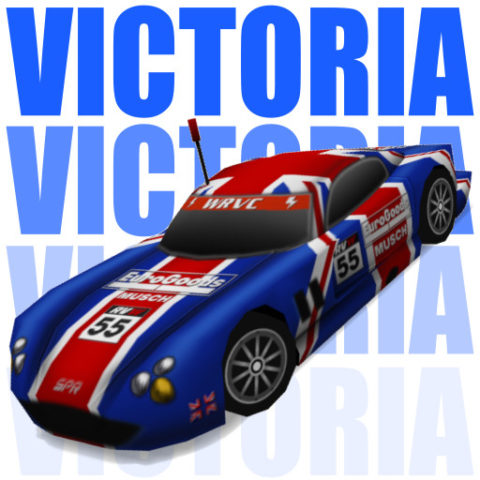 My entry for Re-Volt World's 2022 Birthday contest. This car is a repaint of Shroud, which is based on the United Kingdom's Union Jack flag. This car is also based on TVR Cerbera Speed 12. It comes with a paint kit for anyone to make their skin.