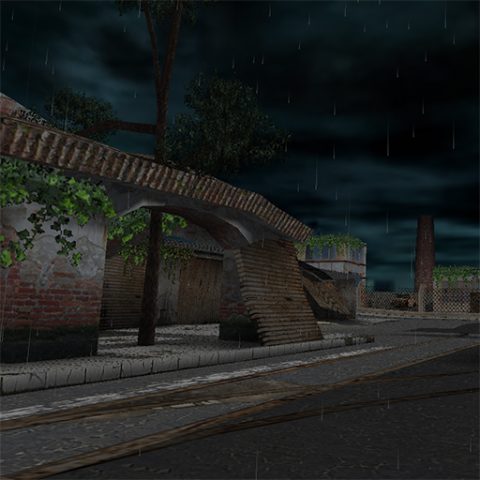 The idea of this track has started 2014 in the Re-Volt Live times, where me and RV_Passion were part of the RVL-HQ Team.

There had given some discussions about what could be the next high quality track theme. I had suggested a kind of abandoned city area and showed some drawings to give a first view of the track.

With the time I drew more and more the generally track construction, the normal and reverse track course for the cars and so on. After that i had started the first steps of modelling and texturing with blender. Then was a very long time where happens nothing with the track for many years. But it was still in my mind and i wanted to make the next steps finally.

So i continued my work on 2020. Since then, it has changed a lot on the track. Because The test drives were ones of the most important things to look where i still need to remodel something.

The last important thing was the using of the "MAKEITGOOD" mode, to place the instances and objects, track sounds, camera views and so on. In this point Chris was a big help for that, because he does the most stuff.

So, after 8 years, this is my christmas present for enjoyable 10 years (since 2012) with the community :D