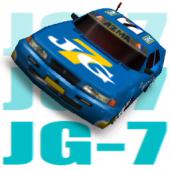 JG-7 is a car exclusive to the PlayStation version and Dreamcast versions of Re-Volt, and optionally integrated in newer builds of RVGL. A car of the Semi-Pro rating, and the console exclusive counterpart to Adeon, JG-7 appears as a lightweight touring car with various racing liveries.

JG-7 is a Glow-fueled car with a 4WD transmission, classified under the Semi-Pro rating. Based on Adeon but with a slightly wider body, JG-7 possesses similar but slightly different performance to its visual counterpart.

The vehicle has a decent top speed of 36 mph (59 kph), surpassing Adeon's speed but only by a minuscule amount. While its speed is certainly not poor, occasionally its speed will prove disadvantageous in areas with long straightaways. Acceleration-wise, JG-7 is also well-rounded for its rating, but is outclassed by the counterpart by 0.25 m/s², which can be noticeable at times, especially at slanted hills and ramps.

Like Adeon, JG-7 is best known for its excellent handling characteristics. The vehicle's turning radius is exceptional, navigating through the tightest of curves with no issues as well. Its grip is very manageable, with the ability to powerslide nicely as directed by the user. JG-7 differs from Adeon in that its grip is more adhesive; having a lower tendency to slide when steering at high speeds.

However, just like its counterpart, JG-7 suffers from a low weight stat, being very vulnerable to close-quarters pickup carnage such as Fireworks, Water Balloons, as well as the dreaded Bomb and Clone Pick Up, as impact of those entities can cause the car to lose control easily.

In summary, being a counterpart of Adeon, JG-7 remains as the better cars in its rating thanks to its favorable well-rounded stats, especially its handling and acceleration. While its weight may prove to be a hindrance, its swift maneuverability can get the car ahead and away from the havoc caused by pickups. With minimal stat differences, both JG-7 and Adeon can be interchanged without any major repercussions. 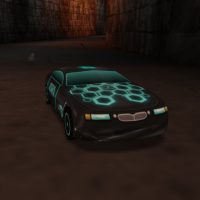 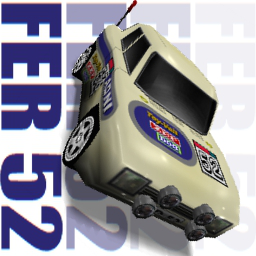 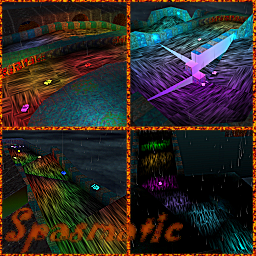 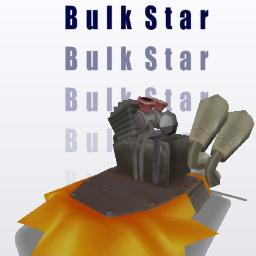