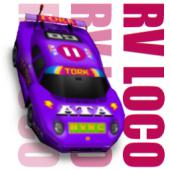 RV Loco is a car exclusive to the PlayStation version and Dreamcast versions of Re-Volt, and optionally integrated into newer builds of RVGL.

RV Loco is a Glow-fueled car with an FWD transmission, classified under the Semi-Pro rating. While having a body styling identical to Cougar, the two share different parameters.

RV Loco's biggest advantage is its mammoth top speed. Reaching at a maximum speed of 46 mph (74 kph), the vehicle is undoubtedly the fastest car in Re-Volt, outclassing its visual counterpart by a fair amount. Its speed is also a huge outlier in its rating, with the second-ranked Pest Control only reaching a peak speed of 41 mph (66 kph). RV Loco's remarkable speed allows it to travel across straightaways at a ridiculous rate.

While having the status of the fastest car in the game as a Semi-Pro car may seem extraordinary, unfortunately RV Loco is plagued with plenty of major flaws that severely impacts on its overall performance. The vehicle has a poor acceleration stat of 2.06 m/s², and while this is certainly better than Pest Control, is outclassed by all other cars in the Semi-Pro rating. The low acceleration causes the car to take an excessively long time to be able to reach its top speed, and with many of the Re-Volt tracks having more corners rather than long straightaways, reaching the top speed for RV Loco is almost impossible. The stat also impacts on the car's ability to climb inclines and ramps in the game, with cars such as Adeon able to climb steep hills much faster than RV Loco despite Adeon's top speed being decent at best.

Its biggest flaw however, lies in many aspects of the car's handling. The vehicle has a dreadful turning radius, always requiring the player to slow down when undertaking corners. This, combined with the car's awful acceleration, gives issues when exiting corners. Most of the straightaways in the tracks are too short before ending in another corner, with exasperates the vehicle's problems. While the car has good traction thanks to its FWD drivetrain, it also plays a part of the vehicle's turning radius, with a majority of FWD cars having understeer at times.

RV Loco also has poor stability, having a high tendency to flip, even when reaching its high speed, or under the effect of the Battery. This effect can be compared to Panga TC, however since RV Loco has the addition of the poor turning radius, it is much worse. The stability problems also correlate to the fact that making collisions with walls at high speeds will almost always force the car to flip, requiring the player to flip back or even reposition the car, wasting precious time.

Overall, while RV Loco holds the record for being the fastest car in the game, this trait is overshadowed because of its drawbacks in acceleration and handling. These disadvantages are so severe that the vehicle is extremely difficult to control, let alone being able to do well with it in the first place. This ultimately, makes RV Loco outclassed in overall performance in almost every situation. To address this problem, and in an attempt to make the car more viable, Huki has buffed RV Loco for its appearance in RVGL, which included heightening the center of mass to increase stability, and reduced its top speed slightly to make the car more manageable. 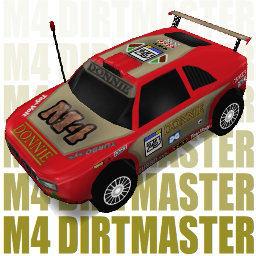 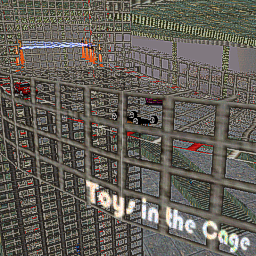 Toys in the Cage 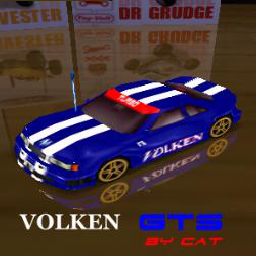 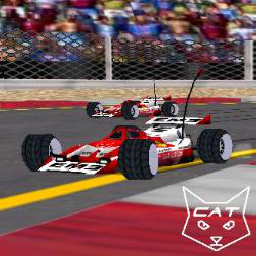