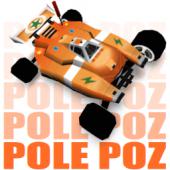 Pole Poz is one of the many available selectable standard cars in Re-Volt.

Pole Poz is an Electric-powered car with a 4WD drivetrain, classified under the Semi-Pro rating.

Being a buggy-like vehicle, Pole Poz boasts spectacular grip. It is very stable around corners, and its superb traction makes it almost impossible for the vehicle to lose control unexpectedly. The buggy responds well to powersliding, doing so while retaining maximum control.

Another advantage Pole Poz has is its formidable top speed. The vehicle is able to reach speeds in excess of 37 mph (60 kph), being on-par with Zipper. Its top speed is very appreciated in its rating, and while not overly impressive such as those of Pest Control or RV Loco, the vehicle shows no issues in straightaways, traveling through them at a fair rate. Pole Poz also has a well-rounded weight stat, having a mass of 1.7 kilograms which is noticeably heavier than some of its competitors. This enables the buggy to take impacts from Pickups decently, but not too well consistently.

However, Pole Poz has noticeable disadvantages. It has an acceleration of 2.52 m/s² which is at best only average for its rating. While this is insufficiently poor to negatively impact on the vehicle's overall performance, neither it is remarkable enough to enhance the buggy's swiftness. The middling acceleration causes Pole Poz be stagnant and dull at times, especially on inclines. The vehicle's body frame also causes issues for it as well. Because its body is wide and flat, whenever Pole Poz is flipped, most of the time it will stay upside-down, requiring the user to manually flip it back up or reposition the car, wasting precious time in the most crucial moments.

Its most infamous flaw however, is the vehicle's horrible cornering ability; Pole Poz's turning radius is ridiculously wide. The buggy has severe understeering issues, not turning tight enough no matter how much the vehicle steers. This issue forces Pole Poz to instead powerslide in almost every single corner, as colliding into the wall due to understeer will most likely cause the buggy to flip over. Although Pole Poz is adept at powersliding, its mediocre acceleration stat causes lag in maneuverability, especially when exiting the powerslide. To quickly recap, its turning radius issues are so extreme that it has difficulties with almost any corner, being relatively slow during those sections compared to other cars with an excellent turning radius such as Adeon or RG1.

In conclusion, Pole Poz has many well-rounded stats. It has exceptional traction, speed, and weight stats, as well as possessing satisfactory acceleration. However, the vehicle is severely crippled due to its atrocious turning radius, which is an enormous negative impact on the vehicle's overall performance. Even the AI struggles with the vehicle's turning ability, performing poor in many races. While its performance is not one of the best in its rating, it is still manageable for some players, with the buggy having an easier learning curve than the dreaded Pest Control.

Based on Pole Poz 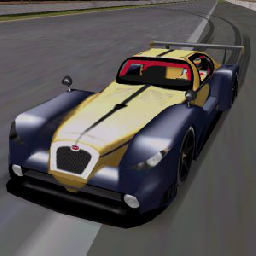 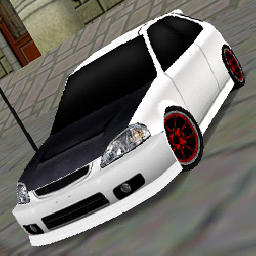 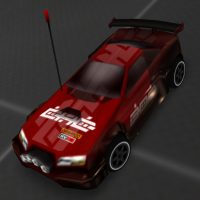 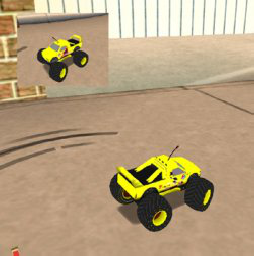