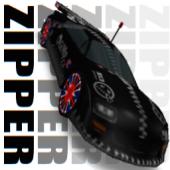 Zipper is one of many selectable standard cars available in Re-Volt.

Zipper is a Glow-powered car with a 4WD drivetrain, classified under the Semi-Pro rating. Reaching 37 mph (60 kph), Zipper has a very well-rounded top speed, being higher its visual counterpart, RG1, and matching the speed of Pole Poz.

Its acceleration is no slouch either, with the stat being well-balanced as well. Covering at a pace of 2.79 m/s², the vehicle has no issues with inclines, being able to come across them pretty well. As such its acceleration stat also fares well within its class.

Handling-wise, Zipper possesses a good turning radius, steering reasonably at a tight angle, and while definitely manageable, its turning radius is not as outstanding against vehicles such as Adeon, who occupies an excellent turning radius for all speeds.

While Zipper may have balanced stats in speed, acceleration, and turning radius, it still has noticeable flaws. One example is its grip. While certainly not as abysmal as Pest Control or Humma, the vehicle has a tendency to slide whenever the throttle is released suddenly when turning, causing traction loss at crucial times. Zipper also suffers from having a mediocre weight of 1.4 kilograms, 200 grams from being the lightest car in its rating. While 1.4 kilograms of weight can provide occasional resistance to items such as Fireworks and Water Balloons at times, Zipper's poor grip makes such a factor more vulnerable when usual, as the car is frequently seen spinning out of control from impact, due to the traction not doing enough to stabilize the car after being hit.

Overall, Zipper is a very well-balanced car in terms of speed and acceleration, making it a fairly competitive car, however caution must be taken when controlling the car due to grip and weight issues. 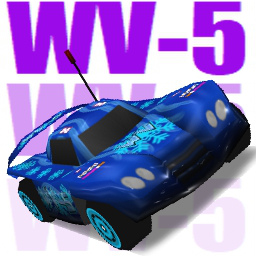 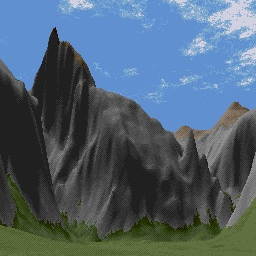 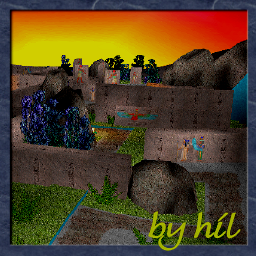 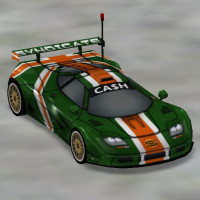