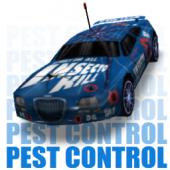 Pest Control is one of many selectable standard cars available in Re-Volt.

Pest Control is a Glow-fueled car with a RWD drivetrain, classified under the Semi-Pro rating.

Pest Control's biggest strength is easily its speed. Reaching a top speed of 41 mph (66 kph), the vehicle is one of the fastest in its rating, only falling behind RV Loco. Its top speed enables the vehicle to travel across open roads at an exceptional pace, easily outmaneuvering its competitors in those sections. Pest Control's top speed is very impressive that it even surpasses cars such as Humma and Toyeca, both of which are in the Pro rating.

Its weight is no slouch either, weighing at a remarkable 2 kilograms. Its above average mass, allows Pest Control to take hits decently, and gives it resistance from being launched meters away from impact, unlike Adeon. Its turning radius is also acceptable, being able to occasionally take relatively tight corners, which is impressive considering Pest Control's high speed, mostly entering corners at this momentum.

However, Pest Control is plagued with many noticeable flaws that negatively impact on its performance. Despite having an excellent top speed, the same cannot be said to its acceleration stat. The vehicle's acceleration is horrendous, only reaching its top speed by 1.66 m/s², which makes Pest Control the slowest accelerating car in its rating. This proves to be tremendously problematic in races. Its poor acceleration stat makes it excessively difficult for Pest Control to reach its high top speed, with the car taking too long before it reaches another corner. It also contributes to the issue of exiting corners, as Pest Control demonstrates complications in terms of swiftness after completing a corner, especially in the consecutive aisle hairpins in SuperMarket 1. This makes the vehicle extremely sluggish with areas lacking straightaways, losing a lot of top speed when turning, and heavily relying on its atrocious acceleration stat to recover.

Its most glaring, and definitive flaw, is its abysmal grip. Due to this Pest Control inhibits awful stability as well when turning, losing control easily even from the smallest jolts of steering. The difficulty of countersteering depends on the speed when it loses control. Slower speeds makes it easier due to its poor acceleration stat, however this further prolongs the time Pest Control takes to recover. At higher speeds, it even has a higher probability of losing control. This heavily undermines its advantage of top speed, as combining appalling grip and acceleration makes it even more difficult to reach it in the first place. Its RWD drivetrain does not give it justice either, further exacerbating its dire grip problems, demonstrating extreme issues such as the freezer section in SuperMarket 2, or even the grassy sections in Toys in the Hood 2, compared to other RWD cars. This particular flaw is comparable to Humma, however unlike Pest Control, Humma feels more loose and swift when losing traction as it has a much higher acceleration stat, as well as Humma instead having a 4WD drivetrain.

Overall, Pest Control is said by many players to be a very undesirable car and ultimately one of the worst cars in its rating, due to the vehicle having awkward and displeasing parameters. Its disadvantages heavily outweigh the car's biggest strength, with its overall performance being outclassed by many cars in its rating. This is evident with the AI, who does terribly with the vehicle, finishing in last place under many circumstances. While its grip problems may be slightly suppressed using an analog controller or steering wheel, it still requires the user to have a high technical skill when controlling the vehicle.

The Cockroach Killer, by LukaVolt

Based on Pest Control

Nailed it!, by Tubers 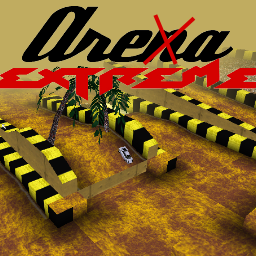 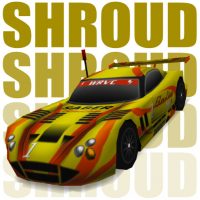 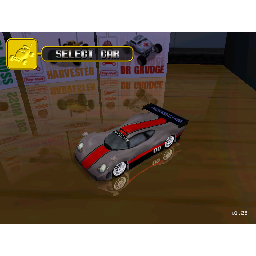 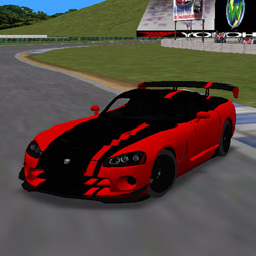