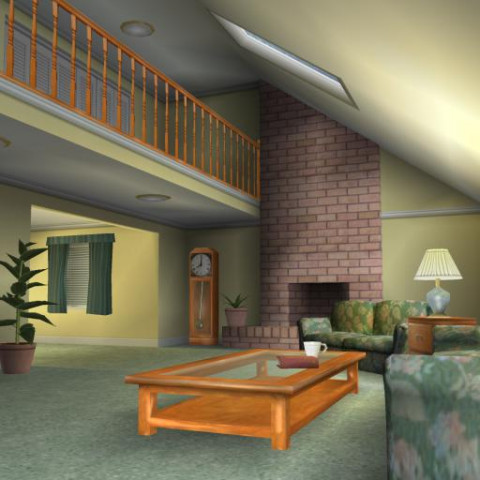 Small, fast-paced action on the ground floor of a cozy family house.
All the while, a light rainstorm endlessly drizzles outside.