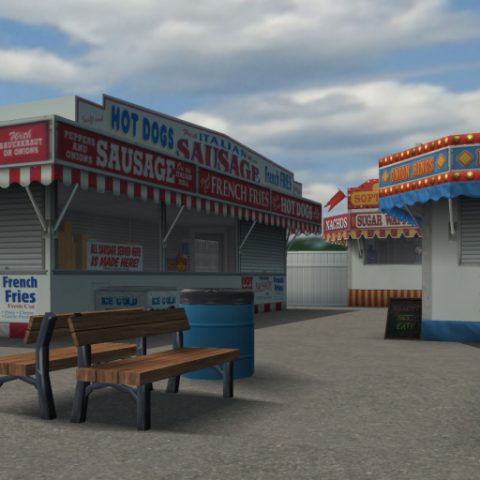 It's time to take a trip to the Volt County Fair!

Race along the outskirts of the fairground:
Where concession stands serve a huge variety of fried foods, and a peaceful stroll through the picnic area provides some shade.