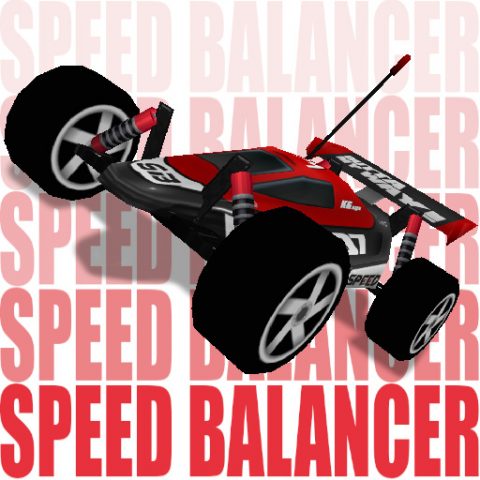 "Performs well on straight roads... And corners, if you see them coming."

Speed Balancer is a very fast-paced buggy that packs quite a distinctive driving experience, thanks to its single-direction, 4-wheel steering system. Get a feel of the car and use your track knowledge to squeeze out the most out of it!

Inspired by the Extreme Gear of the same name.