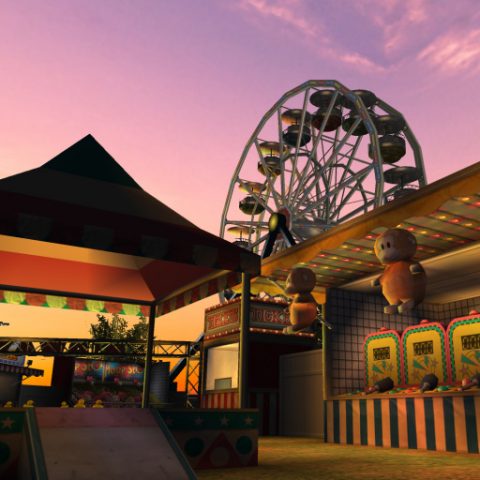 The sun skims the horizon as your day at the fair draws to an end.

Cut through the midway:
Where noisy game booths line the path, and thrilling rides become tough challenges for the little cars.