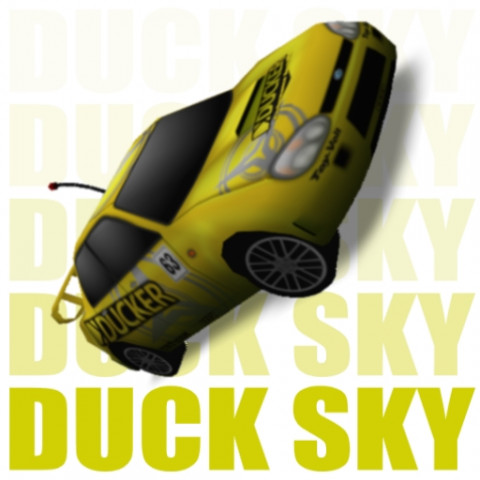 the duck that will take flight

Duck Sky is an advanced-class rally vehicle based on 2nd generation Subaru Impreza WRX STI.
with grace that flows upon the drive of this car, this duck will fly on through corners.

being a rally vehicle, sliding is the natural motion of this car.
having high-power 4WD drivetrain, this car is suited for sliding across offroad terrains.
the slides glides consistently with doable control, and the throttle can be pushed down to invoke powerslides for tight corners.

the strengths of Duck Sky lies in its acceleration and offroad capability.
Duck Sky has immense acceleration that snaps quickly to its top speed of 55 kph.
moreover, the car's handling tune is suited for offroad terrain,
allowing it to turn at moderate speeds while maintaining its pace.
the car's nature of sliding means there's a lot of potential to maximize its performance.

however, Duck Sky being tuned specifically for offroad rally results in major drawbacks.
namely, its immense high-power acceleration means that wheelspins happen often.
at slow speeds and moments of imbalance, the car's power may become a detriment.
also, despite being consistent, its nature of sliding may not be easily controllable.
most notably, the car's performance suffers heavily on harder surfaces, with slow cornering speed, wide turning radius, and noticeable understeer causing speed loss.

Duck Sky is a car for those who drive with attitude, rallying with flying slides.
the duck that flies with graceful performance, held down by its overspecialization,
those who can tame the flight of this duck, grants you unbeatable pace.